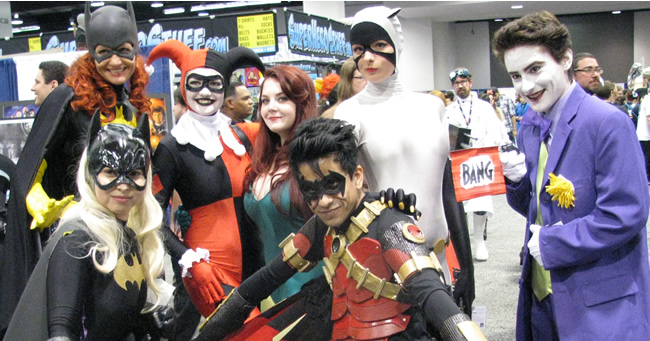 As cosplay has become more popular, people of all ages and backgrounds are left asking, “What is cosplay?” In short, cosplay is the act of donning clothing and accessories reminiscent of a chosen character from an anime or manga, TV show, movie, video game, comic, or other fictional work. Cosplaying can be done for conventions, costume competitions, Halloween, or simply for fun! Now that we know what cosplaying is, let’s take a look at how to do it!

Step One: Choose a Character!

With the endless amounts of new movies and games coming out and already in existence, it can be mind-boggling to try and choose just one character! First, think about what characters inspire you. Do you have a character you feel connected to? Maybe there is a character who you share physical attributes with. Maybe the idea of dressing up like a certain character makes you feel empowered. Don’t worry if your physical characteristics are not exactly like that of your desired character, no one is perfect! If dressing like that particular character is what makes you happy, then do it! Some of the most popular cosplays done are gender-bent. This means that the character was of the opposite gender, but the cosplayer did it anyway! In short, as long as the essence of the character is still there, and easily recognizable, don’t let small differences deter you!