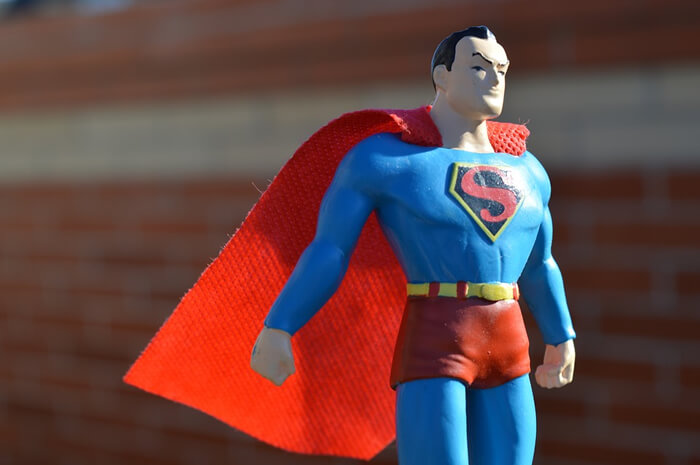 There’s no way to deny that capes are basically cruise control for “cool”! Pretty much anyone can look amazing when they sport a flow well made cape. Of course, caped characters also happen to make for wonderful cosplay subjects. If you’ve always secretly wanted to traipse around with an ornate piece of cloth trailing behind you, dressing up as one of your favorite characters will give you the perfect means to do so.

With that said, here are some great ideas for cosplay using capes!\

Of course, this is the bread and butter for any cosplay using capes. Pretty much every other comic book hero sports a fashionable, iconic cape of some kind. Examples include: Superman, Batman, Robin, Batgirl, Thor, Shazam, Dr. Fate, Doctor Doom, Spawn, Magneto, Storm, Dr. Strange, Power Girl, and a wide array of others. By pulling from the long history of comic books, you’ll have a lot of potential shapes and colors to work with. You can opt for more traditional varieties or something truly challenging to put together.

There are a wide variety of characters in the Star Wars universe that wear wonderful capes. Notable examples include the maddeningly popular Darth Vader, and the impossibly suave Lando Calrissian. Boba Fett also sports a mid-length shoulder cape. If you’re daring and in love with the dark side, you can also attempt pulling off the Count Dooku look from “Attack of the Clones”. (It isn’t a popular choice, but the old guy certainly did look stylish!)

Anything from the high fantasy genre will give you play of caped cosplay options. You could throw a dart in the direction of any Lord of the Rings character and probably hit someone sporting a cape of some kind! You can also easily pull from the world of Dungeons and Dragons. Everything from clerics, warriors, knights, sorcerers, and elves all look fantasy with a cape flowing behind them. If you go with this sort of apparel, there’s no doubting you’ll be incredibly popular at any convention floor you step foot on.

Of course, there are also plenty of caped video game characters to cosplay as. All of the different sub-genres of role playing genre in particular is brimming with examples. Whether your favorite is Final Fantasy, World of Warcraft, Fire Emblem, The Elder Scrolls, or literally anything else, you’re going to run into something inspiring at some point! Of course, you can also venture towards other genres, where M Bison from Street Fighter, Meta Knight from the Kirby series, or Flying Mario from Super Mario Bros 3 serve as fantastic popular examples!

Of course, that’s just the tip of the big giant caped iceberg. You can pull from movies in general, anime, cartoons, and more. Capes are a true staple of popular character designs, so no matter what you love, you should be able to find a cape in there somewhere!